What we can learn from the Dead – Skinny Artist

What we can learn from the Dead 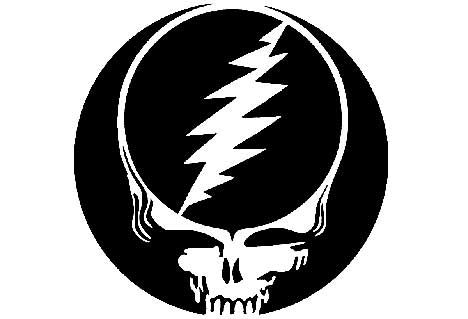 What can we possibly learn about online marketing from a rock-n-roll band that hasn’t even been around since the world wide web was an infant.  When that band is the Grateful Dead, it turns out that we can learn an awful lot.

For those of you who may not be familiar with the Grateful Dead they were one of the first so-called “jam bands” in the U.S. in the 1960’s who later inspired such bands as Phish and the Dave Matthews Band. Because of their unique mixture of rock ‘n roll, jazz improvisation, folk, and bluegrass music the band decided early on to pursue  a niche audience rather than trying to  appeal to a mass audience.

In their book “Inbound marketing“ the authors Brian Halligan and Dharmesh Shah note that it was this unique approach that helped the Grateful Dead develop a cult like following.

“Rather than compete for mass audiences with the Rolling Stones, Beatles, and other “popular” bands of its time, the Dead had a remarkable sound that resonated very deeply with a niche audience.”

In other words, instead of trying to compete with these mainstream bands directly, the Grateful Dead decided to market themselves to a much narrower audience. Think about  some of the musicians, writers, and other artists you know who focus their work on a particular genre.   They don’t waste their energy in trying to please everyone but instead they focus on their target audience.  Over time the Grateful Dead learned to cater to the needs of their audiences so well, that their fans the “Deadheads” began to loyally follow the band across the country.

The authors of “Inbound Marketing”  talk about how the band not only targeted a different audience, but they approached their business in an entirely new way as well.

“Most rock ‘n roll bands treated concert tours as a necessary evil required to drive sales of their latest album. The Grateful Dead flipped this assumption on its head and made the concert tours the main revenue driver”

The Grateful Dead didn’t rely on album sales to make their money, and instead they focused on the live concert experience. They understood that many of their fans would likely only buy a single copy of their latest album, however, if the band made their live shows a unique and memorable experience, their audience/customers would be far more likely to attend several of the band’s shows.  When you factor in ticket and merchandise sales, this turned out to be far more profitable for the Dead than selling a single album.

Also because the band didn’t focus their energy on selling their studio albums, they began to allow their fans to tape and distribute “bootleg” copies of their music from their live shows. This became just one of the unique aspects of attending a Grateful Dead concert. However, since most bands see bootleg recordings as a drain on their profits and do everything they can to stop it, it makes you wonder why the Grateful Dead would allow their fans to do this?

The answer may surprise you.

“The connection between the Internet and the Dead’s business model was made 15 years ago by the band’s lyricist, John Perry Barlow, who became an Internet guru. Writing in Wired in 1994, Barlow posited that in the information economy, “the best way to raise demand for your product is to give it away.” As Barlow explained to me: “What people today are beginning to realize is what became obvious to us back then—the important correlation is the one between familiarity and value, not scarcity and value. Adam Smith taught that the scarcer you make something, the more valuable it becomes. In the physical world, that works beautifully. But we couldn’t regulate [taping at] our shows, and you can’t online. The Internet doesn’t behave that way. But here’s the thing: if I give my song away to 20 people, and they give it to 20 people, pretty soon everybody knows me, and my value as a creator is dramatically enhanced. That was the value proposition with the Dead.”

So instead of beefing up security and cracking down on this illegal piracy, the Grateful Dead decided to use this to their advantage.   They realize that since they couldn’t stop it, they would make it a unique part of the concert experience.   In fact, when people began taping and swapping these  concert recordings, the size of the Grateful Dead audiences kept going up because no one wanted to miss out on the opportunity to make or swap a recording.  Not only that, but because the concerts were so highly improvised, people continued to flock to these shows night after night because they knew that whatever happened that night would not likely be repeated ever again.

“Giving something away and earning money on the periphery is the same idea proffered by Wired editor Chris Anderson in his recent best-selling book, Free: The Future of a Radical Price. Voluntarily or otherwise, it is becoming the blueprint for more and more companies doing business on the Internet. Today, everybody is intensely interested in understanding how communities form across distances, because that’s what happens online.”

So what can we as struggling artist take away from this?  Since we can’t directly compete with the big guys (at least not right away) it might be a good idea to look at how other “outsiders” such as the Grateful Dead were able to find success by not playing by the established marketing rules:

Create something that your customer, fans, or clients won’t be able to get anywhere else.  Remember that the Grateful Dead not only created their unusual trademark sound, but they also constantly reinvented themselves by making each show completely unique. They discovered that if they improvised and created something different every time, their fans would be more likely to attend their concerts night after night.

Be willing to give some of yourself or your work away. In the beginning, you are going to have to give some of your best work away in order to get noticed as an artist.  Maybe its a song, a poem, an article, or a painting–find creative ways to get your work out there in the public eye.  The Grateful Dead knew that the bootleg taping at their shows probably couldn’t be stopped, so instead of trying they used it to create a wider audience for their work.

Develop a strong sense of community

Sooner or later you need to realize that you don’t have to do this all by yourself.  Many artists are loners by nature and that’s fine although in order to sell your work, you’re going to have to eventually rely on a network of like-minded artists, online resources, and satisfied customers in order to get the referrals and word-of-mouth “buzz” that eventually becomes the backbone of any successful artist’s business.

What can you do today to help create a sense of community with your future customers?

Please share your thoughts with us in the comments section below.

In the illustration business, you pretty much “give away” illustrations away every time you post on deviantart or your website. I realise this isn’t a magical marketing technique, as EVERY illustrator is doing the same. Quality really matters in the illustration market. Two artists could both do a drawing of a pretty girl, but one might make the front page of a website like DeviantArt and the other be tucked away in the sea of obscurity. As well, your subject matters a lot too. No one who posts fine art on DA can compare to the metric truckload of fanart that gets plastered and favourited everywhere on that site.

I guess it’s just a matter of being good, finding your niche and marketing yourself to the right people. This is something I definitely feel helps you in the long run. I got so much conflicting advice from people when starting out 10 months ago fulltime illustrating. Some people told me to stay focused on what I wanted to do only, others told me to draw anything and everything to show that I had range… Really confusing advice when you are just starting. I have come to find out that being specific works way better in the long run. Eventually you can break off and do something else, but get that one thing going first!

As a writer I find myself a bit jealous at times that you visual artists have a place like DeaviantArt to go to and display your work. Although I realize that a site like that can often be crazy overcrowded and filled with fanboys that only favorite the nekkid chick pics, but at least your work is out there and people are looking at it. As writers, we seem to lack this same kind of virtual gallery of prose to share our literary creations. Then again, even if we did have such a place, I know that it would be a cyberspace ghost town because nobody wants to read fiction online.

I think you are absolutely right, however, when you said that it all comes down to being good, finding your niche, and then marketing yourself to the right people. I really think that the majority of artists I talk to, already have the first two of these down cold. It’s that last one of finding those customers who share your particular passion, that I think is the hardest part. Luckily, the internet has made this kind of niche marketing a lot easier and yet somehow more confusing at the same time. As you mention, the advice you generally get is all over the place and in the end it seems somebody always wants to sell you something. I think that’s why it’s important that we put our collective creative heads together and figure it out here as we go along.

Radiohead is not the Dead - but they are closer than you think!

[…]  A few weeks ago, I wrote a post about  some of the more unusual marketing techniques used by The Grateful Dead and how they allowed their fans to record and distribute the music from their concerts for free. […]

How to Create (and destroy) your Reputation Online as an Artist