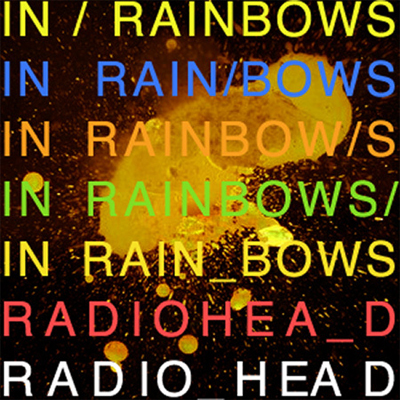 Okay, okay, Radiohead is not the “Dead”
(but they’re closer than you think)

Many of you may remember a few years back when the band Radiohead decided to release their album “In Rainbows” as a name-your-own-price download before it was ever released on CD.  This was considered nothing short of crazy because, at the time, the record companies was still stinging from the whole Napster/peer sharing debacle which almost brought the entire industry to its knees.

So why are we talking about this now?

It’s interesting because this idea of the band essentially giving away their music was considered either revolutionary or completely self-destructive depending on your perspective.  Despite what many members of the media reported at the time, however, this is not the first time a band has chosen to give away their music for free (or at least at a steep discount).  A few weeks ago, I wrote a post about  some of the more unusual marketing techniques used by The Grateful Dead and how they allowed their fans to record and distribute the music from their concerts for free. This was also considered a heretical idea at the time, after all, why would any artist in their right mind give away anything for free?

Was Radiohead’s experiment a success?

Of course it depends on who you talk to but the band did receive a massive amount of attention from the mainstream media.  Just doing a quick Google search reveals articles about Radiohead’s name-your-price experiment written by the NYTimes, Forbes Magazine, Business Week,  NPR, Time magazine along with dozens of other newspapers and magazines.

Now granted, Radiohead was a pretty successful band before all of this happened (which some say is why they could afford to do it in the first place), but I really doubt that many of the publications listed above had previously written any feature length articles about an alternative band like Radiohead.  So if nothing else, this experiment got them a lot of free publicity.

After all, even I’ve watched enough reality TV to know that in the end it doesn’t really matter if  what people are saying is positive or negative, it’s simply enough to get them talking.  Anyone remember the controversy Robert Mapplethorpe created for himself twenty years ago with his controversial exhibits?  Now obviously, as a working artist you would probably prefer that people to be saying positive things about you, but you may be missing the point here. . .

You see, when people start talking about whatever kind of crazy shenanigans you are up to, these days they naturally start looking for more information online (enter Google) and if you have any kind of  online presence (which you should), they will eventually find you. At that point it’s up to your work to do your talking for you.

As far as Radiohead’s experiment, according to Music Ally all of this controversy may have worked a little too well.

In fact, if anything, the only trouble with the whole thing was that it was just arguably too successful. The whole ‘pay what you like’ experiment became the story rather than the music itself. And that’s not so Radiohead. The band and Thom Yorke initially found themselves answering questions about why they chose to do what they did rather than being asked about the music itself.

In other words, before anyone is going to listen to you and care about what you do, you’re going to have to find a way to get their attention.  I mean I think we can all agree that Lady Gaga is not the best singer out there, but at the same time, we can’t seem to stop talking about her.  Why is she able to capture our attention?   Well. . . I mean, just look at her.

Now I’m certainly not saying that we should all go out and do something bizarre just so that we can move a couple hundred bracelets on Etsy.  What I am saying, however, is that somewhere along the way you are going to have create some kind of distinct identity or niche for yourself and then find a way to get the word out.  For example, one artist that I talked about in the comment section of an earlier post rented out an abandoned bank building and lived there for a month, living and working in plain view.  As far as I know, she didn’t do anything more unusual than paint and microwave burritos, but the local newspapers and media were all over it.

So how much money did Radiohead actually lose on this little publicity experiment? Not much, in fact according to the article at Music Ally, the band ended up making more money before “In Rainbows” was physically released than they made in total on their previous album “Hail to the Thief”.  Not only that but even after being available for FREE for almost three months, the physical (not-free) version of the album shot up to #1 on the charts in both the US and the UK.  It was also the first Radiohead album released on iTunes and sold over 30,000 units in the first week alone. By the end of 2008, the physical CD of “In Rainbows” had sold over 1.75 million copies. Now was this all because of their revolutionary name-your-own-price experiment, of course not.  Radiohead was obviously a very successful band before any of this and they had been selling millions of records since their debut release of “Pablo Honey” in 1993.  What this experiment did do, however, was to get people talking and in the process it greatly expanded their audience.

That’s all great if you’re are already a platinum selling recording artist like Radiohead or The Grateful Dead who don’t really need the money, but I’m lucky if I sell a few hundred copies of my music on CDBaby.  So how does any of this relate to me?

Well the first lesson we can take from all of this is that we need to create great stuff.  It doesn’t matter if we are creating music, sculptures, paintings, or photographs; before we do anything, we need to create top shelf material.  There’s no point in busting your tail trying to bring people to your site if you’re still not ready for the big time.

The second part of the equation is that we need to make our work (and ourselves) “findable” and easily accessible.  Then we have to find a way to make some connections and get some attention. Once again, this doesn’t necessarily mean staging some kind of dramatic stunt.  Creating buzz and positive word of mouth comes from getting your work and your personality out there actively connecting and building relationships with other artists and the word will eventually spread.   This can be through using social media like Twitter, Facebook, Redbubble, Flickr, your own website, or wherever people can talk with you. You can’t just throw together a gallery or Etsy store and expect people to show up.  You need to get out there and sell yourself first, which of course, is the first and last rule of marketing for artists.

How are you connecting and building relationships with your customers and other artists? (Check out our latest poll and see how your fellow artists are connecting)

What have you done to build your personal brand and define yourself to your audience?

What can you give away for free to get yourself noticed and get people talking?

What we can learn from the Dead