But I’m an artist, and marketing is lame! – Skinny Artist

But I’m an artist, and marketing is lame! 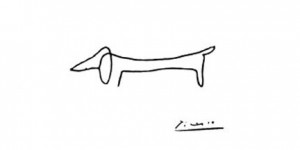 One of the biggest myths out there in the art world seems to be that a true artist should do nothing but create their art and perfect their craft.  This is known as the “Field of Dreams” art marketing theory where if you build it, the customers and financial reward will eventually come.

For whatever reason we have this misguided idea in our head that great art will somehow sell itself.  As artists we are told that if we create a great product or service we can simply sit back and watch the money roll in. On the other hand if we make any effort to actually market our work, we are  ”selling out” and we are somehow unworthy of the title of true artist.

Is this true?  Are all of the great artists simply discovered through no effort of their own? Think about it for a moment, think about the artists who’s work you studied in school or some the artists you may try to emulate in some way.  Were they really as pure as you were led to beleive?

The most seductive thing about art is the personality of the artist himself.
-Paul Cezanne

Some of the most popular artists of the modern era (Picasso, Frank Lloyd Wright, Dali, Madonna, Warhol, Versace, Leibovitz, Dylan, Haring, Banksy, etc…) are masters of their art, but they were/are also masters of drawing attention to their art as well.  In other words, they all made great art, but they also managed to create a very specific image of themselves as an artist.

Here’s another little secret in art marketing, most people buy the artist and not the artwork.  In his later years there is a famous story  about how Picasso could scribble on a napkin and people were willing to buy it.  Why? Not because it was necessarily the best drawing ever, but because it was a frickin “Picasso”!  In other words, he had created such a reputation for himself by that point in his career that he could sell anything he wanted on his reputation alone.

Now obviously Picasso created great art, but he also created a great image for himself which ended up selling that art.  In other words all of these phenomenally successful artists listed above understood the importance of being both an artist and a marketer. The difference is that they weren’t trying to sell their artwork, but they were selling an image of themselves as an artist.

How many artists, maybe even you, might be masters at their craft but are still struggling to get their artwork noticed by others? That is what Skinny Artist is all about, finding ways to not only getting your artwork out there, but to also help you create an image of yourself as an artist.  It doesn’t matter if you are a singer, composer, painter, juggler, writer, photographer, or whatever your passion is; you need to create great art, but you also need to create yourself as a great artist.

What is the image that you are creating for yourself with your art?

There Are No Artists

The Delusional Freedom of an Artist

Why every artist needs a virtual home

How to Create (and destroy) your Reputation as an Artist

So true… So obvious but I definitely needed reminding of this, thanks.

It’s the artists themselves that make all the difference. The art is just a bi-product that draws attention to the person who created it. But the person has to draw attention to his or herself in other ways too, and ‘be’ a great artist, to bring more attention to their art. I suppose the art and artist mutually feed on each other.

You’re absolutely right Victor, it is the artist that makes all the difference. It’s a bit ironic actually because when we are creating our art/music/writing it has very little to do with us, but when we are selling our art, it has everything to do with us.

Thanks again for stopping by and sharing your thoughts with us.

How to Create (and destroy) your Reputation Online as an Artist! « Ray Diamond

Good article! I wonder what Picasso actually did to sell his persona. Pictures of himself show lots of personality. I have a piece of art I did that reminds me of Picasso’s style.
It is called, ‘Woman Wrapped In a Yellow Towel’, and in that style I call my art Contemporary Muse Art. I would like to invite you to see my art at http://www.artdebra.com.

You’re right Debra it would be nice if we were able to somehow separate Picasso the “man” from the legend that has sprung up around him. Similar to Dali and even early Bob Dylan, their myth often grew around them with or without all of the facts. Then again, it wasn’t really the facts their fans were after, it was the archetype of the perfect creative artist. The true marketing genius of Picasso, Dali, and Dylan was the fact that they didn’t waste their energy trying to convince their fans otherwise ;)

You touched a good point with saying that the artist markets himself and people actually buy the artist not the artwork. This is true for all cases in life actually, whether youre a businessman that do great jobs within the company you have to market yourself to reach people that will carry you to higher points, or whether you are a student you have to market yourself good enough so that you surround yourself with friends. However I still can not decide if marketing is an illusion or not.
I’m also considering to write about marketing and arts in my blog. Thanks for inspiration!

Georgia O’Keeffe and the Art of Saying No